It’s a thick piece of mucus that prevents the cervix from opening during pregnancy. It develops a seal around your uterus to keep away bacteria and infection from your womb and baby. Consider it a barrier between your vaginal area and your uterus where your baby is. As your cervix dilates (opens) and effaces (softens and thins) in preparation for labor, you will lose this plug.

Your cervix thins softens and opens as your body prepares for labor. The mucus plug in your cervix will dislodge as a result of this. Mucus is forced into your vaginal canal. This is referred to as a mucus plug loss.

When Women Lose Their Mucus Plug?

What Does It Look like When a Mucus Plug is released?

The appearance, size, and texture will differ. Normally:

You can lose your mucus plug all at once or gradually over time and never notice it. Although minor bleeding is normal, significant bleeding could indicate placental abruption, placenta previa, or other pregnancy issues. If you experience excessive bleeding while pregnant, contact your healthcare professional.

It’s common to have more vaginal discharge during pregnancy. Vaginal discharge is often pale yellow or white in color and thin. The mucus plug discharge is thicker, more jelly-like, and there is more of it. It can also have a red, brown, or pink tint to it.

What is the Difference between a Bloody Show and a Mucus Plug?

They are connected but are not identical. Both occur as your cervix dilates in preparation for labor late in pregnancy. The discharge from the mucus plug is stringy and jelly-like. It’s a mucus collection. Bloody discharge with traces of mucus is known as a bloody show. The bloody display is caused by blood vessels in your cervix rupturing as it swells.

What Does It Mean When You Lose a Mucus Plug?

The loss of your mucus plug usually indicates that your cervix has begun to dilate, efface, or both. It shows that labor is approaching, but no fixed timing for how soon other labor symptoms will appear. You may be already in labor when you lose your mucus plug.

When Will Labor Begin After You Have Lost Your Mucus Plug?

The time it takes for you to lose your mucus plug and go into labor varies from case to case. In some circumstances, you may go into labor within hours or days, while you may not go into labor for several weeks at other times.

What Causes Mucus Plug to Fall Out?

You can lose your mucus plug for some reasons:

Your mucus plug may come out into your vagina as your cervix begins to efface (soften and thin) and dilate (open) in preparation for delivery. It’s getting ready for the baby’s arrival.

Having sex when pregnant is usually not dangerous. Sexual activity in the final weeks of pregnancy might loosen the mucus plug. If you’re more than 37 weeks pregnant, this is OK. It’s possible that losing the mucus plug too soon can be dangerous.

If you are less than 37 weeks pregnant and feel that you have lost your mucus plug, you should contact your healthcare practitioner. They could be concerned and want to check your cervix.

Signs that you have lost Mucus Plug

One sign that labor is approaching is the loss of the mucus plug. There are a few more signs that labor is on its way. You should also keep an eye on the following symptoms:

Pains that are similar to period cramps that come and go over a few days. These can be felt in your lower back or abdomen.

You may feel more pressure when your baby moves lower in the pelvis. This is referred to as “lightening.” If you are expecting your first kid, lightning may happen two to four weeks before your due date. If you have already had a child, you’re more likely to see lighting soon before labor.

Contractions are similar to menstrual cramps. They may give you a stabbing, tightening, or pounding sensation. As you get closer to labor, these contractions may become more frequent.

Your baby’s water bag (amniotic sac) breaks down. Generally, this is one of the final indicators of labor.

Thinning of the cervix (effacement)

This occurs a few weeks before labor to facilitate dilatation. Your doctor can see this symptom during a pelvic exam. Whether you are a first-time mother or not, the rate at which your cervix thins and dilates may be affected.

Thinning and dilation are sluggish and take weeks for an experienced mother. Effacement and dilatation do not occur until active labor begins if you are a first-time mother.

Treatments for a Mucus Plug

Most of the time, losing the mucus plug does not require treatment. It’s a normal part of labor.

If an issue arises, such as placenta previa, your doctor will advise you on the best course of action to take. This can include limiting traveling and avoiding intercourse. Many people with placenta previa will also need to have their baby delivered via cesarean section.

If you lose your mucus plug too early in your pregnancy, your doctor will most likely advise you to make certain lifestyle modifications, such as:

·        Keeping away from strenuous activities.

Side Effects of Losing Mucus Plug

Losing your mucus plug has no adverse consequences. It’s a natural component of the pre-labor process. Other labor signs may accompany the loss of your mucus plug.

What if you lose Mucus Plug too early?

It’s best to inform your healthcare practitioner if you think you have lost your mucus plug before 37 weeks of pregnancy. This could be an indication of early labor or another pregnancy issue.

What Happens After losing Mucus Plug?

Is it possible to go into labor without losing the Mucus Plug?

It is possible that without losing your mucus plug, you can go into labor. Labor and mucus plug discharge may occur at different times. When other labor symptoms begin, some people lose their mucus plug. The initial sign in some cases is the loss of the mucus plug.

Is it Possible to dilate while not losing Mucus Plug?

You can dilate to a certain extent without losing the mucous plug, but it will ultimately come out. A mucus plug will protect the uterus from bacteria in all pregnant women. Before the baby is born, it will always fall out.

Yes, the mucus plug in your cervix can regenerate. You may lose some of your mucus plugs, then lose more later. This is because, during pregnancy, your body produces a lot of vaginal discharge and mucus.

When I lose my Mucus Plug, Should I Consult a Doctor?

Talk to your doctor if you’re not sure if your discharge is due to the mucus plug. Prepare a description of the discharge. The loss of the mucus plug is a common part of labor and is usually not dangerous.

If any of the following occur, call your healthcare professional as soon as possible:

·   Heavy bleeding that is accompanied by pain or contractions is a sign that something is wrong. 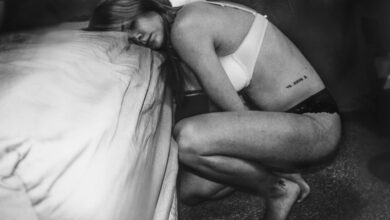 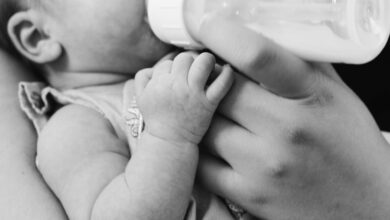 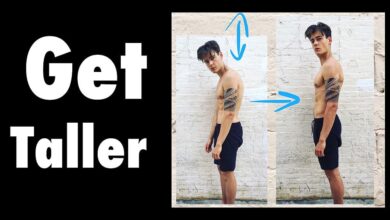 What Can I Do to Become Taller 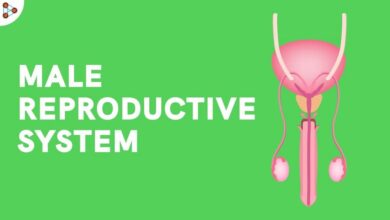 Please understand we need income to survive, by turning your adblocker off, you enable us to provide you free content.